Due to the local deposit conditions – large number of veins, complex tectonics and irregular mineralization - the number of adits in Zlatá Idka eventually approached 100.

The most important mining works in Zlatá Idka were:

Adit Ľudovika ( originally Betrix Ludovika  after Austrian Empress Maria Ludovika of Modena) was founded by Svajczer at an altitude of 666,5 m as an initial excavation probably  right after the commencement of exploratory works in order to open veins Bartolomej and Štefan. The lenght of  the adit as an excavation was 1000 m and after reaching the veins, they were being opened and watched from an adit in the western district. Huge heaps testify to extensive works within the reach of this adit. Its collar is flooded.

Hereditary adit Breuner was the main opening, transport, ventilation and drainage work of the western district. It was as founded in 40s of 19th century. Its collar is probably located at an altitude of 630 m and is repaired. The lenght of adit Breuner with  side corridors reached almost 4000 m.

Hereditary adit Michal it is the deepest horizontal initial work of eastern aggregation district. Its collar is probably located at an altitude of 602 m on the way to Zlatá Idka in the side valley Veska. Originally, it was aimed as an excavation to open vein Michal, but over time, other veins  in the eastern district were opened and watched  from it and the excavation was elongated under the bearing thrust Katarína. The total excavation section of the adit reaches about 1500 m. According to its location and purpose, it was served as an hereditary adit in it´s surrounding. Its collar is currently built-up by a water management facility.

Adit Hauszer deserves to by mentioned as one of the long opening works of private mining companies. It was founded in 1874 on the left side of the main valley at an altitude of 527.9 m. The lenght of the excavation is 750 m and continues in direction of deposit for 450 m. Its collar is flooded. The adit Hauszer is the deepest horizontal initial work in entire ore area.

The main vertical works were:

Shaft Svajczer (named after G. M. Svajczer) began to be digged in 1847 in order to speed up the excavation on the adit Breuner. It is located about 300 m southeast from the collar of adit Ľudovika. It reached a depth of 60 m. Transport on this shaft was  provided by water-powered machine - “gápeľ. Its water wheel diameter was 10 m. The remains of the shaft building are well identifiable even today.

Shaft Radig  was established as a blind shaft (does not open to the surface, the whole is located underground) in the 1860s, from the level of the adit Ludovika in the area of vein Štefan in the western district, in order to connect this adit with the hereditary adit Breuner. The excavation continued in 1881-87,  under the adit Breuner to the deepest horizon Péch (approximately at an altitude of 534 m.) in Zlatá Idka. The depth of the shaft is 130 m. The vein Štefan  was opened and mined through deep horizons I, II and Péch. It was equipped with a water-column towing machine Kachelmann from Vyhne. The water was supplied from adit Stredný Štefán.

Schaft Belházy was excavated in 1881-1895, in the area of the adit Elizabeth  in the eastern district, also as a blind shaft from the level of the adit Spodná Všechsvätých (at an altitude of 659.9 m) to the deepest horizon of Péch, for the purpose of opening and mining veins Alžbeta and Južný sklon. The depth of the schaft is 126 m. The shaft was equipped with a similar machine as the shaft Radig. The water came along way from the adit Zenovics  and from there through a pressure pipline to the level of the Breuner tunnel, where the towing machine was installed.

Hereditary adit – the task of this adit is to drain underground water from higher located  mining fields, perhaps even whole ore districts. The name “hereditary“ was associated with a long period of excavation of such an adit, in which several generations of miners were replaced. 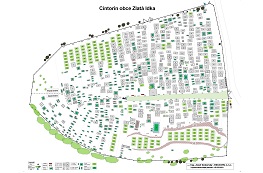 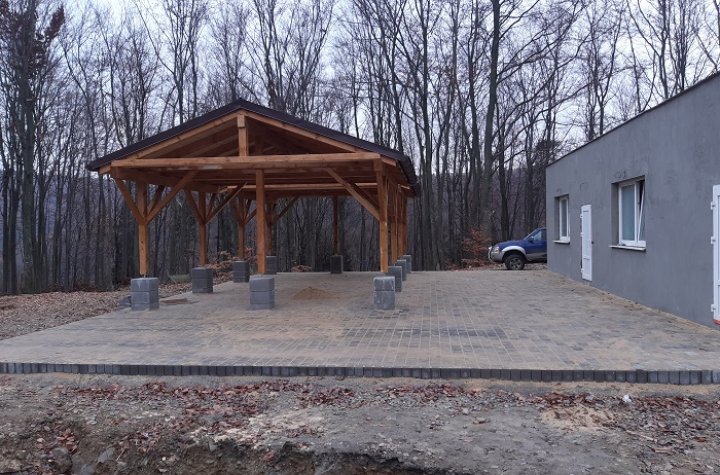 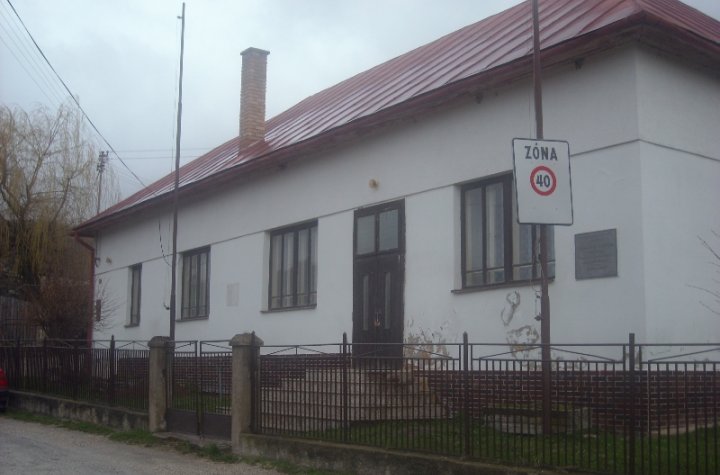